Articles about the UK Civil Service and Regulation 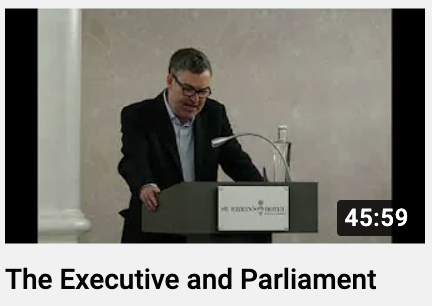 David Gauke made an interesting and entertaining presentation at a recent Constitution Society conference. The background was that many (and certainly many of those attending the conference) believed that the Executive has become over-mighty and that Parliament has been sidelined.

Here is a summary. You can listen to the full presentation here.

Mr Gauke began, as devil’s advocate, by listing a number of reasons why the Executive might make better decisions than Parliament:

But checks and balances are important:-